Funmi Quadri & Co, publishers of Supreme Court Judgments and other publications, paid a visit to Legal Aid Council headquarters in Abuja on the 16th of February 2021 during which they presented as part of its corporate social responsibility, electronic versions of the Law Companion. 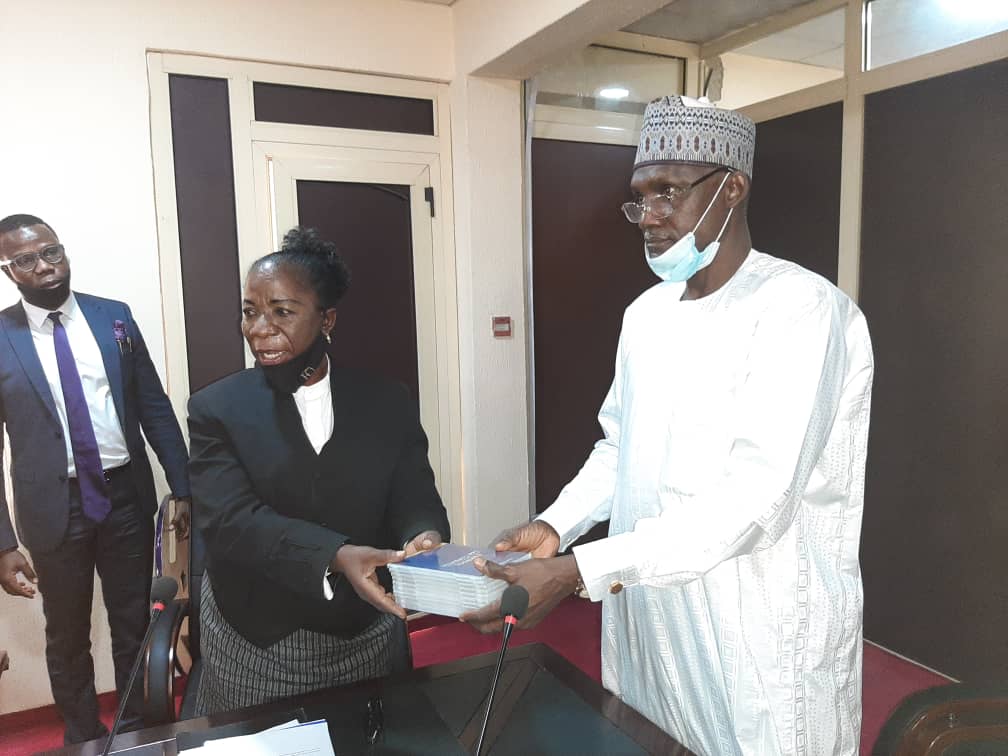 Funmi Quadri SAN, who led the team, congratulated the Director-General, Mr. Aliyu Bagudu Abubakar on his appointment and wished him a successful tenure. She stated that people recognize and know the Council’s worth and thanked the Council for its commitment towards giving legal access to indigent Nigerians irrespective of their backgrounds. She added that Funmi Quadri & Co in recognition of the fact that the Council handle a lot of cases, has offices nationwide and a large number of lawyers, decided to contribute and assist the Council with soft copies of Law Companion for the use of Legal Aid Officers.  She said, ‘We are encouraging the Council by providing some copies of the Electronic Law Companion. We are making available licenses for 50 mobile versions and 10 desktop versions. These comprise of Supreme Court Judgments, Court of Appeal Judgments as well as various Rules of Court, Acts and the Constitution.’  She once again thanked Mr. Aliyu  Bagudu Abubakar for the warm reception accorded them.

Mr. Ayo Quadri, The Executive Director in charge of ICT at Funmi Quadri & Co, added that this gesture was in support of the good work the Council is doing and will go a long way towards decongesting prisons nationwide. He assured the Director-General that he would be readily available to render installation support and any other needed support.

The Director-General received the donation presented by Funmi Quadri SAN and expressed his delight and privilege of meeting Mrs Funmi Quadri SAN, in person, for the first time. He congratulated her on her elevation to the rank of Senior Advocate of Nigeria adding that God has a way of rewarding those who help the poor. He commended her on her law reporting over the years which has added value to legal practice in Nigeria.

He said that unfortunately Nigeria has the pathetic situation where people are kept awaiting trial for over 10 years, but added that the Council with its hardworking and dedicated Lawyers is doing what it can to ease the situation.

He thanked Funmi Quadri & Co for the assistance rendered and assured them that the Council’s Lawyers will fully utilize the research materials. This, he said, will help the Council in achieving its mandate of defending the poor.

The DG also presented Funmi Quadri SAN with some of the Council’s publications.

Prev PostThree Accused Persons Discharged on the Offences of Conspiracy and Armed ROBBERY
Next PostMan 52, Convicted, Cautioned and Discharged