The Director-General Legal Aid Council was in Maiduguri, the Borno State capital on the 22nd day of February 2021 on an official visit to the state.  On the 23rd day of February, the Director-General paid a courtesy visit to the Deputy Governor of Borno state Usman Kadafur, He was accompanied by Mr Enoch Azariah (Director DG office), Mr Dauda Hassan (Deputy Director Prerogative of Mercy), and Peter Bwala (State Coordinator Borno state).

The DG commiserated with the State Government on the insecurity challenges the state is currently facing and commended the effort of the state Governor in the person of His Excellency Prof. Babagana Umara Zullum on his untiring effort in ensuring that peace return to the state. 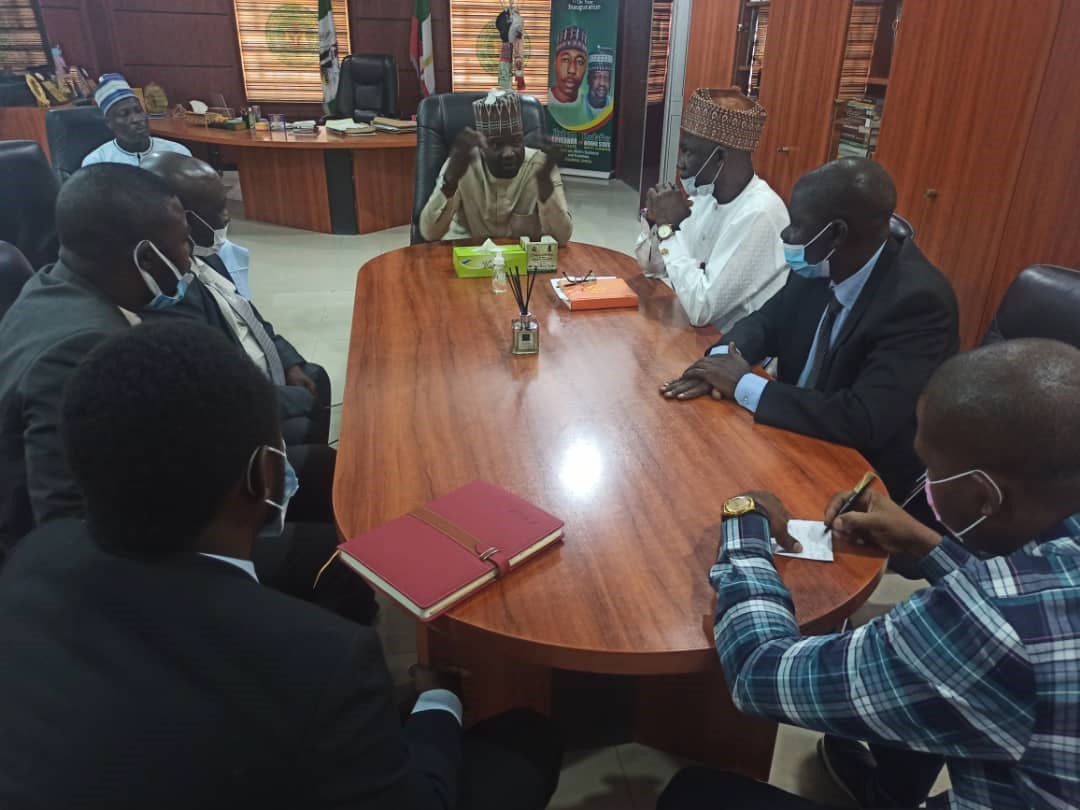 DG LAC and his Team with the Deputy Governor Borno State

The Director-General went further to inform the Deputy Governor that he was in Maiduguri to intimate him on the role of the Council in ensuring that Legal representation is provided for suspects detained in detention facilities. He stated that the Constitution of the Federal Republic of Nigeria presumes them innocent until proven guilty.

He also informed the Deputy Governor that in the year 2020 a group of 25 defence lawyers from the Legal Aid Council were in Maiduguri for a pretrial interview of some of the suspects detained for terrorism-related cases.

Finally, the DG solicit the support of the state government in the area of funding to enable the council to effectively discharge its mandate in Borno state.

In response, the Deputy Governor applauded the Council for the provision of legal support to the people of the state and stated further that the state government is ready to partner with the Federal Government to enable the Council discharge its mandate.