The Governing Board of the Legal Aid Council led by the Chairman, Mr Suraj Sae’da (SAN), paid a visit to the Lagos State Correctional Service on Tuesday 13th September 2021. The visit was part of the activities lined up for the Governing Board while on a two-day working visit to Lagos state. Also scheduled was the Board’s 121st meeting in fulfillment of its statutory responsibilities.

As part of activities lined up by the Council, the Board converged at the Ikoyi correctional facility, for purposes of arranging modalities to secure the release of some inmates from custody.

The Lagos State Controller of Correctional Service, Mr Adewale Adebisi, called for a robust security network for the safety of Custodial Centres in the state. He said that the repeated attacks in Custodial Centres across the nation, with the most recent in Kabba after the Owerri episode, now calls for effective security architecture, to safeguard staffs and inmates.

While expressing gratitude to the controller for an existing cordial relationship between the Legal Aid Council and the Correctional Centre, the Director-General, Aliyu Abubakar noted with dismay that there still existed an alarming increase in the number of awaiting trial inmates.

He, consequently, informed the Centre that the Lagos office of the Council will perfect arrangements for purposes of identifying inmates for which the requisite fines will be paid to secure their release.

Mr Aliyu Abubakar said, “We implore you to continue to give us the necessary support so that we can do our job as we are all in the business of assisting the poor and indigent Nigerians. As part of our statutory activities we intend to pay some fines for some of the convicted inmates and get them released.”

In response, the Lagos Controller thanked the Board of LAC for their ever available support in helping to secure the freedom of indigent inmates.  He stated that the Correctional Centres has a capacity of about 3000 inmates but currently has above 8000 inmates in its Custodial Centres. 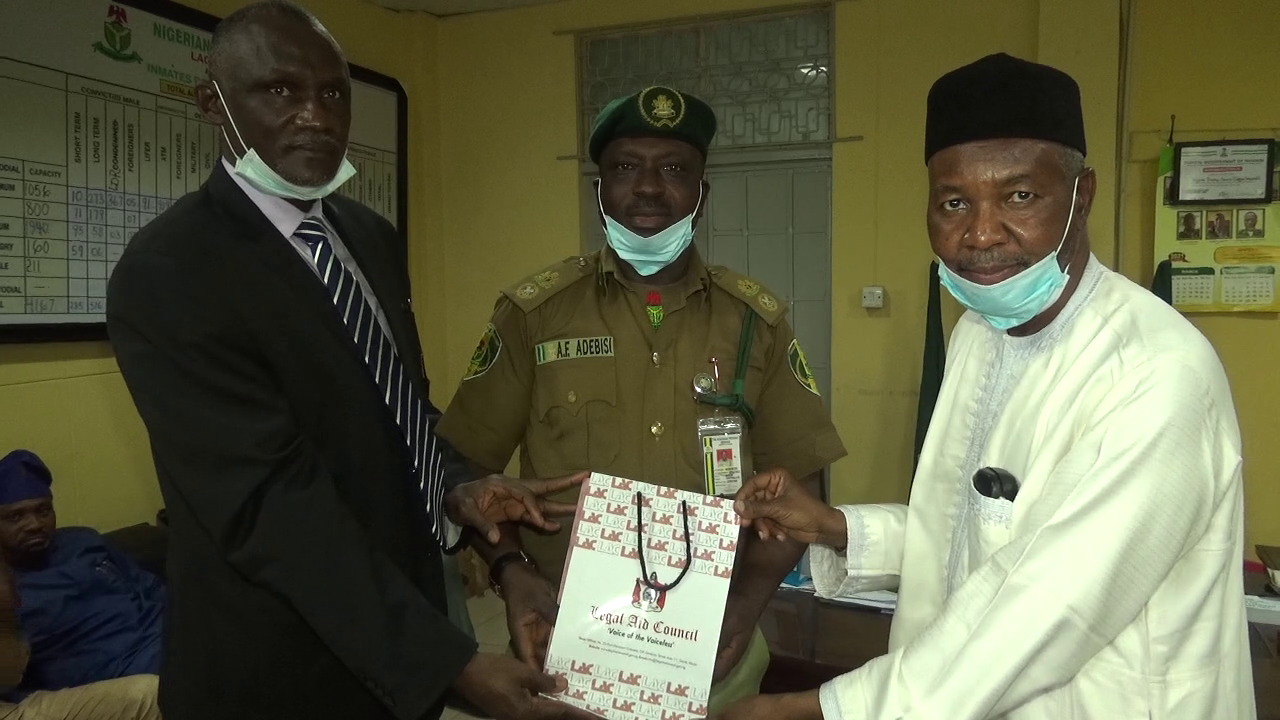 He thanked the Council for always coming to the rescue of poor inmates. He said, “The Nigeria Custodial Centre and the Legal Aid Council are like twins and our functions are interwoven because it centres on convicted inmates. The Legal Aid Council has helped to train some of our inmates in the National Open University where we graduated some of them recently; I hope this visit will further cement our relationship so that we can achieve greater results for humanity. ”

Meanwhile, Adebisi decried the recent attack by gunmen on the Kabba Correctional Centre in Kogi state, where casualties were recorded. According to him the repeated attacks on prisons are now too worrisome and called for a strengthened and formidable security structure so as to safeguard the lives of staffs.

“The acts of terrorism that we are experiencing now,  have gone higher than it used to be and I think those of us in custodial centres should be able to build up our own capacity in terms of human resources and armament . The indices we see now shows that we need to build up our effectively, otherwise we may over run our custodial centres.  If what happened in Owerri could repeat itself in Kabba, who knows where next. If such happens in Lagos where do we run to?

“But if we are equipped to counter such insurgency, I think it will help our society better” he said.

Accompanying the Board was the Director South West Zone of the Council, Mrs L. Salau and some staff of Lagos State LAC Office. 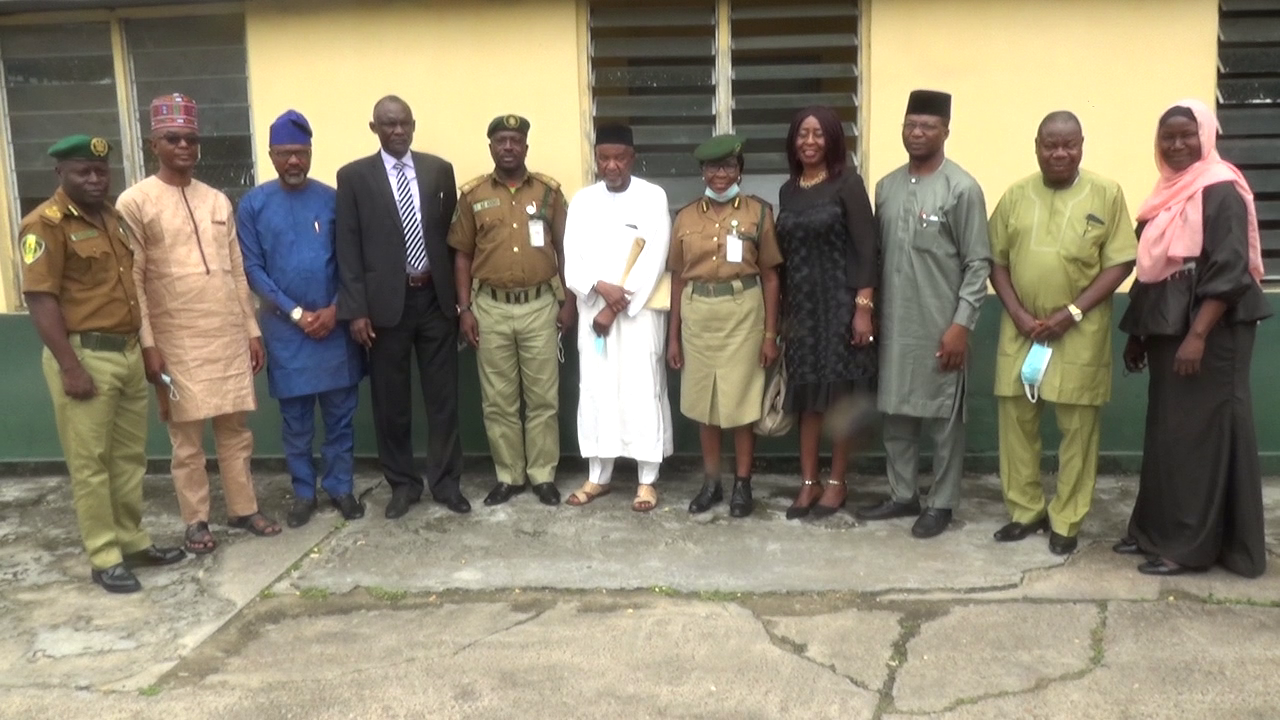