The Director General of the Legal Aid Council, Aliyu Bagudu Abubakar Esq. on resumption of duty as the Chief Executive of the Council held a meeting with both management and non-management staff of the Council. The purpose of the meeting was to reposition the Council for improvement of her services and to proffer practicable solutions to the challenges bedeviling the Council.

Hence, in a bid to make sure that every department lives up to expectations, approval was granted for the sensitization of the masses on valuable services rendered by the OSCAR Unit to road traffic accident victims and the relatives of deceased ones.

To this end, the Director in charge of the OSCAR Unit, Mrs Edith Adams embarked on a two-week sensitization programme with the staff of the unit and the  OSCAR desk officers from the Federal Ministry of Health, the Nigeria Police Force and NAICOM (National Insurance Commission). The essence of the outreach was to appeal for synergy among relevant stakeholders, greater publicity of the Legal Aid OSCAR services within the health community and the grant of motor accident victims who visit hospitals easy access to medical services and compensations or other claims as provided under the law.

OSCAR is a one-stop claims shop for victims of motor accidents.

Why is it a one-stop shop? The concept of the one-stop shop was to enable victims of motor crashes to enjoy the services they need that are provided by the Federal Government agencies involved in the processing of claims and compensations with ease and in one place (office) without difficulty. The said involved agencies are the Nigeria Police Force (NPF) the National Insurance Commission (NAICOM), the Health and Human Services Secretariat (HHSS), and the Legal Aid Council (LAC). Besides these agencies, there are 20 other partner agencies made up of Ministries and/or Agencies of the Nigerian Government.

The Federal Government established the OSCAR scheme in 2007 in a bid to cushion financial losses arising from motor accidents and to deal with the factors depriving motor accident victims of enjoying compensations to which they are entitled under the law.

OSCAR is a pilot scheme initiated by the Department for International Development (DFID) and was launched in 2007. By 2009, the Federal Government of Nigeria took over the OSCAR project from DFID and to ensure its continuity, handed over its operations to the Legal Aid Council through her parent ministry, the Federal Ministry of Justice after a successful bid among other government agencies like the National Insurance Commission, the Nigeria Police Force, the Federal Road Safety Commission etc. with the sole aim of cushioning the financial losses arising from motor accidents which account for one of the major causes of sudden financial loss, bodily injury, permanent disability, loss of property and death.

The most beneficial aspect of this service provided by the Federal Government of Nigeria through the Council and worthy of note is the MAVICS which is the Motor Accidents Victims Insurance Compensations Scheme. This is a social welfare scheme enjoyed by the next of kin of deceased victims involved in ‘hit and run’ accidents by virtue of section 78 (1) (b) of the Insurance Act 2003. Victims of road accidents have received a total of N104,000,000. (One Hundred and Four Million Naira Only) monetary compensation from the inception of the scheme to date facilitated by OSCAR-assisted mediations, Insurance claims and MAVICS. Aside from these, the Council has also aided in the replacement of damaged properties even wheelbarrows. 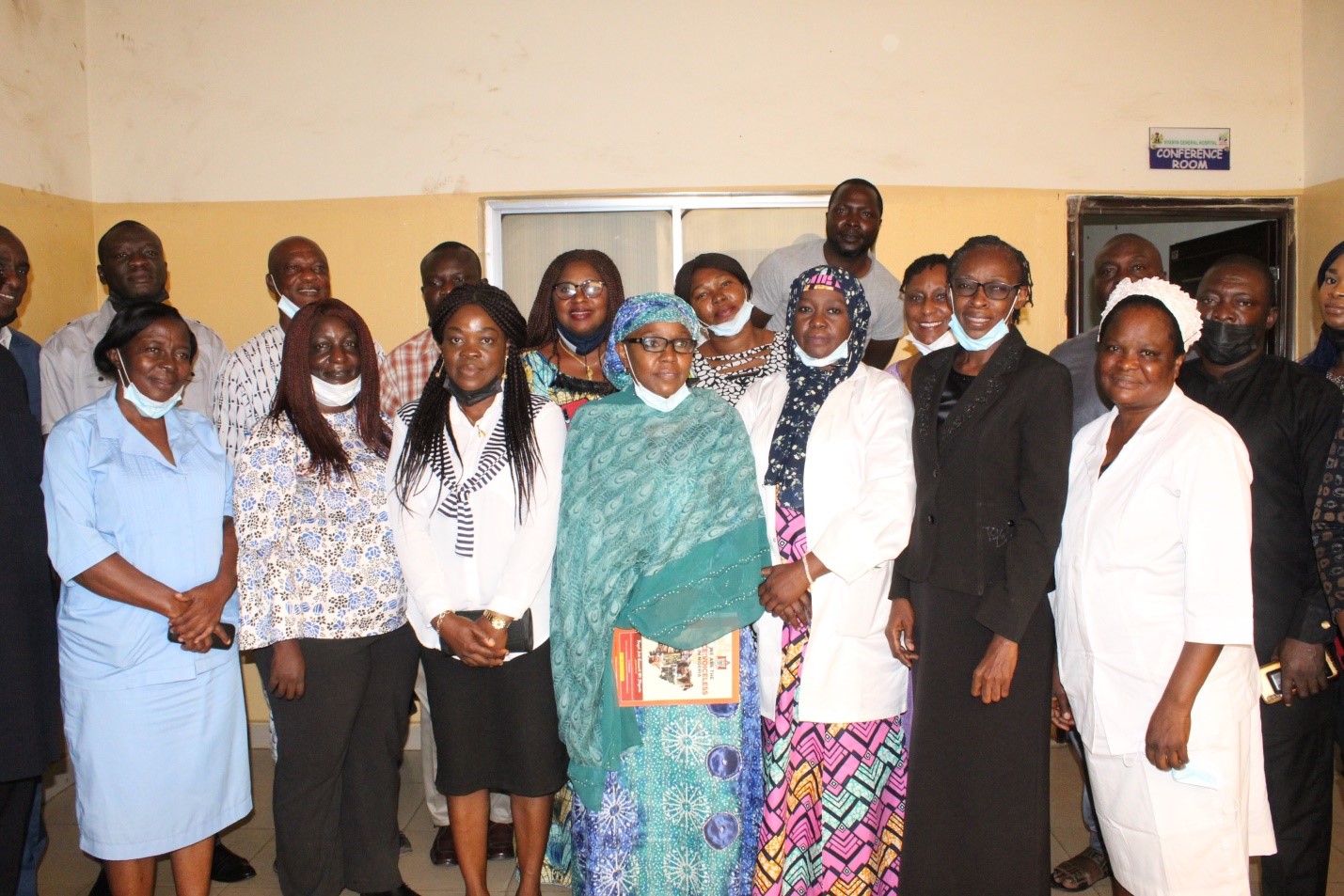 To facilitate OSCAR activities are desk officers drawn from the Federal Ministry of Health, NAICOM and the Nigeria Police Force.

In each of the hospitals visited, OSCAR, through her health desk officers, Mr. Musa Abubakar and Dr. Mrs. Titi Egbuson, a Chief Medical Officer and a representative of the Medical and Diagnosis Department were at hand to introduce the OSCAR team to the hospital and explained to the Medical Director and his team that the essence of the visit was to create a synergy between OSCAR and the hospitals and to improve the services of OSCAR. It was stressed that many people are unaware of the services OSCAR renders and that with this collaboration, the OSCAR team will get quick responses from hospitals regarding demands in the areas of medical reports of victims, death certificates etc., and that for victims of ‘hit-and-run’ accidents, the verification of relevant receipts will suffice. These visits will also assist the LACoN OSCAR unit to sensitize the public about OSCAR activities within the hospital environment and familiarize themselves with the hospital management, particularly the Accident and Emergency (A/E) unit staff since they are usually their first point of call.

In response to OSCAR’s request made to the various hospital managements, the medical directors of all the hospitals save one, appreciated the Director General of LACoN (DG LAC) for the good work the Council was doing through the OSCAR scheme, its one-stop shop for accidents victims and also for educating them on the need to build trust in insurance companies. They assured the Council of their maximum support since they are all working as a team to save the lives of Nigerians in need.

The Maitama hospital MD, then advised that OSCAR appeals to insurance companies to change their requirement’s nomenclature of ‘Death’ Certificate’ to ‘Notification of Death’ as this will enable the masses to benefit more from the good services being rendered by the OSCAR. On this note, the Director (OSCAR) appreciated the MD Maitama hospital for granting OSCAR an audience and for his advice.

In each of the hospitals visited, a register of relevant phone numbers was handed over to the OSCAR Head, Accident and Emergency unit, for the registration of cases.

The Minister of the FCT was commended for his position that all accident victims should be treated first before considerations for the payment of medical bills are addressed and that if victims do not have the means to offset medical bills, they should not be allowed to leave without receiving medical attention.

Although OSCAR activities are subject to the availability of funds, it has become necessary to take awareness campaigns to various police formations within the FCT, marketplaces, motor parks and even in the 6 Geo-Political Zones of the country. This is because the general public needs to know that the Federal Government of Nigeria has taken some measures to cushion the effects of financial losses arising from motor accidents and the need to be educated to change their attitude towards insurance companies and claims.

It is emphasized that the Federal Government, in the interest of the Nigerian masses established the Legal Aid Council to assist, free of charge the poor citizens of Nigeria who cannot afford the services of private legal practitioners. The Council does this by way of legal representation of persons in courts, giving legal advice and providing mediation and counselling services under the Alternative Dispute Resolution mechanism (ADR).

What are your challenges?

Are you an accident victim? Are you before a court of law? Do you have any matrimonial issues? Is your right being trampled upon? Are you molested in any way?